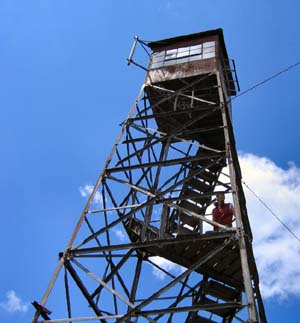 On June 23rd Dennis will be taking us to Smart's Mtn. Here is his write up:

We have a change of plans on the Mt. Greylock hike. I took a ride over there and it's a 3-1/2 hour ride, ouch. Not only that but the roads to the top are closed for the next two years. Which means the trail I wanted to take can't be accessed. The other trail to take doesn't look too great. It starts out by driving through a neighborhood. Then it's two miles almost straight up. I decided to cancel.

Instead we'll be doing a smaller mountain: Smart's Mtn. It's 6 miles round trip, a 3238 foot mountain with 1938 feet elevation gain. The book 50 hikes in the White Mountains says its a 4-1/2 hour hike. It's off Rt 25A, West of Plymouth. Hopefully there's ice cream somewhere nearby.

Dennis took us to Smart's Mountain on Saturday, here is his summary:

This is a tale of two hikes. The first hike up Smart's Mtn. for 8 hikers was not very nice. The trail when we eventually found it after going 34 miles out of our way was muddy, wet, slippery and at times not much of a trail at all. It wasn't till we were almost at the top when it leveled out and was actually enjoyable and scenic. The top was very unspectacular. The only way to get a view was climbing a 70-foot fire tower, which half the group refused to do. Something about a fear of heights, kind of strange for fierce mountain climbers.

While on the top we met the caretaker of the mountain. He had just finished cleaning up an old cabin and the fire tower (one full garbage bag of trash) and had cleared part of the AT which runs alongside the summit. He says we can make a loop by following the AT back to the dirt road then walking another 1.8 back to the car. We opted for that. We didn't want to go back down that same horrible trail. 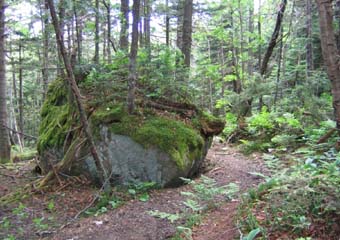 This is the second hike. As soon as we got on the AT it was like night and day. A beautifully maintained trail with very easy grades. It was a little longer, 4.2 down, but well worth it. Mark and I left the others waiting while we walked back to the cars. This was a nice walk in itself with many lupines and other wildflowers everywhere. There was even a lupine tour going on this weekend. So a six-mile hike turned into a 9 miler. We sure needed that ice cream. Luckily we found some. 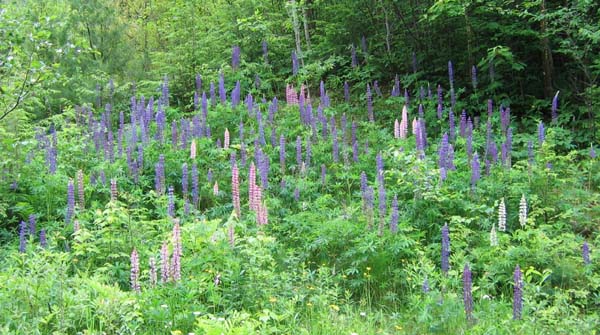