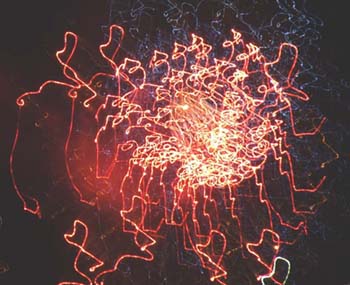 We'll meet at the trailhead on Rt. 11 no later than 7 p.m. The fireworks won't start until around 9:20 p.m. or so, with some towns starting as late as 10 p.m. and then of course we'll hike down in the dark, so bring headlamps, flashlights, etc. Oh, and bug spray is important as well! This is a fairly steep but quick hike up, and we should be able to make it to the top in a little over an hour. The trail down is mostly on a logging road and not very steep. We'll have some time on top before the fireworks start, so bring supper, snacks, entertainment etc. Should be fun seeing the fireworks from above and all the boats out on the lake! 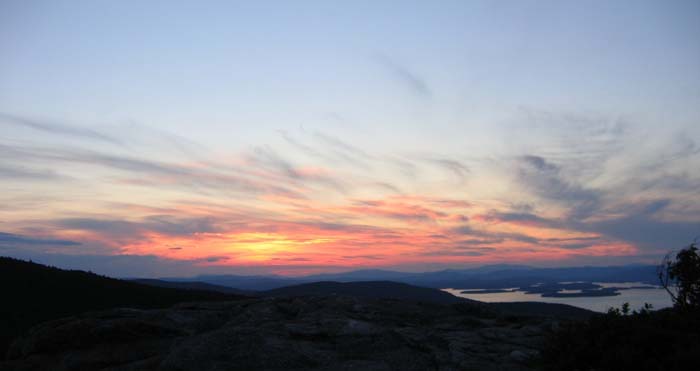 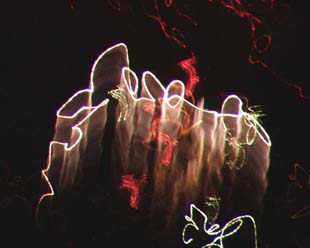 Tuesday night, Reinhild took us to Mt. Major to watch the fireworks, here is her write up:

Eleven hikers set out in the pre-dusk hours from the Rt. 11 parking lot. Summit took 1 to 1-1/2 hours, with the exception of Sal, who somehow managed to get up before everybody else even though he arrived 10 minutes later and took a different trail.

We had a beautiful sunset and a few snacks, then stars and then the boats came out. The fireworks began promptly at 9:20 p.m., but we also saw other fireworks in the distance, most notably those of what we believed to be Gilmanton. On the way down we could hear the Weirs beach fireworks. Back in Alton Bay we closed down Shibley's Ice Cream place at 11:30 p.m. A fun but uneventful (luckily) hike. 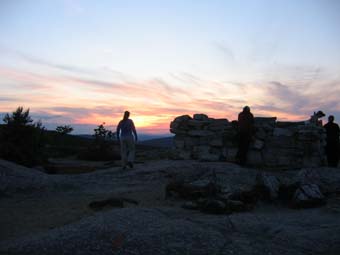