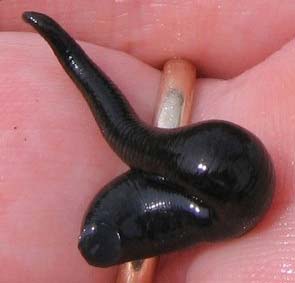 The next hike is a nice little loop hike by two ponds, East Pond and Little East Pond. It's about 5.0 miles with about 1000 feet elevation gain. We're rating this as easy for us dayhikers. There's swimming at East Pond but my book also says there's leeches so beware. We'll do Little East Pond first then have lunch, relax and a swim at East Pond.

The morning didn't look too promising, drizzly and overcast but eleven hikers and a dog decided to go anyway. Good idea because the day turned out just fine. By the time we got to the trailhead it turned mostly sunny. Once on the trail in the woods though it got darker and wet. What a surprise - it must have rained last night.

There were lots of small stream crossings and muddy spots. The first pond, Little East Pond is very swampy. We paused briefly for a look and a few pictures, and also tried out the echo against Scar Ridge, which is the background of the pond, pretty good echo. 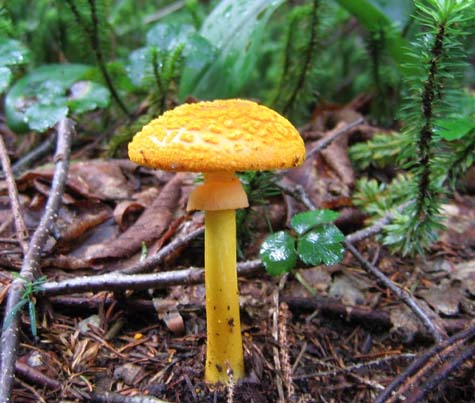 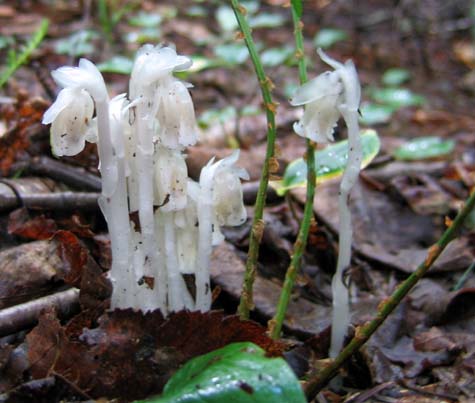 Another 1.5 miles to East Pond, we arrived just as another group was leaving, perfect. East Pond is much nicer, all open and sunny, also has a nice echo. We lingered here for about an hour, very nice. Had time for Jack to swim with the leeches, we even played with some (check out the pictures).

The hike back to the cars was done in record time even though we weren't in any hurry, a mile and a half in 35 minutes. All in all a nice hike; we needed an easy break from all the big hikes lately. Ice cream at Waterville Town Square. We were done before it rained again. Thanks to all that prayed to the Sun God. 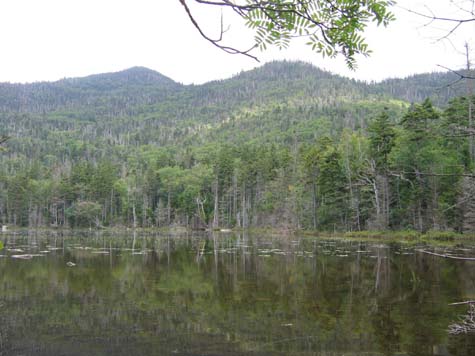 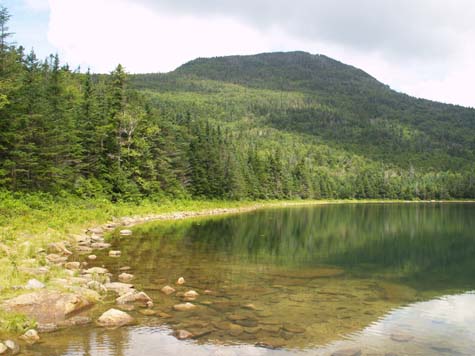 Here is additional info by Sharon Sierra about the beautiful plant with large bright blue berries on it that no one could identify on the East Pond Loop Hike. We saw them again on the Killington hike as well: 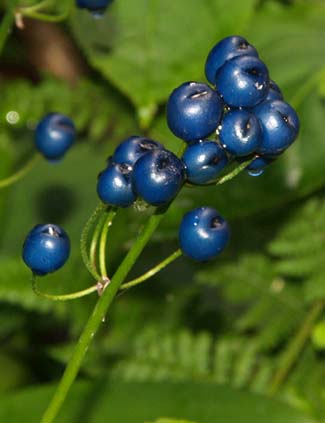 Yellow clintonia is a member of the Lily Family that bears light yellow flowers in the spring and striking, pure-blue (no hint of purple) berries during the summer (at which time the plant is usually referred to as "bluebead lily" instead of "yellow clintonia"). A single stalk rising from a cluster of two to four large, shiny basal leaves, supports three to ten flowers. A characteristic of the Lily Family is that flower parts exist in multiples of three and so it is with this plant: the flowers are bell-shaped with six petals and six stamens. Yellow clintonia prefers moist, shady woods and often forms large colonies.

The berries are inedible for humans with a taste unpleasant enough to quickly discourage eating. Various sources have reported that the berries are anywhere from "mildly" to "very" poisonous. In spite of a negative effect for hikers, eastern chipmunks can stomach the fruit.

Hikers looking for an on-the-trail snack from this plant will have to go out around May when the leaves are only three to four inches high and have not yet fully unfurled, thus forming a vase-like structure; the older leaves are bitter and tough. While young, the cucumber-tasting leaves make for a great salad and can be eaten either raw or cooked. The deer enjoy this meal too so you might have some competition.

American Indians would apply a poultice of fresh leaves to burns, sores, and infections. The root of clintonia contains an anti-inflammatory. Hunters in Quebec used to rub their traps with the rhizome to attract bears. It is also said that rubbing your skin with the rhizome will keep mosquitoes away. Hmm, so no mosquito attacks but perhaps a bear attack instead? Maybe it's better to just leave the root in the ground!

For more information on yellow clintonia as well as photos of it in both its forms, click here. 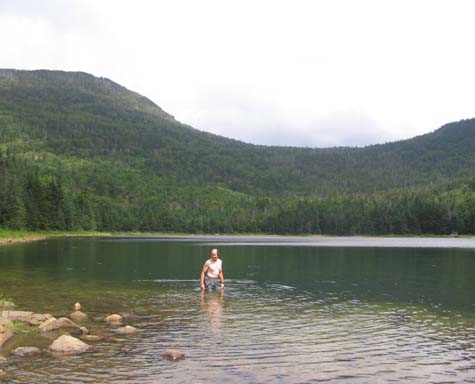 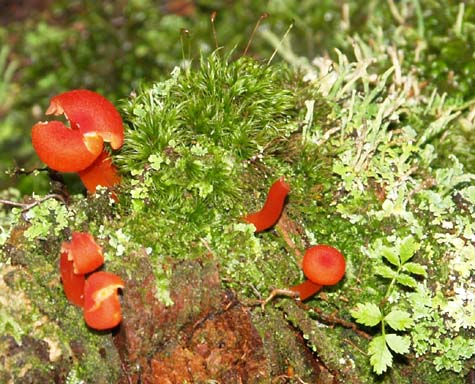 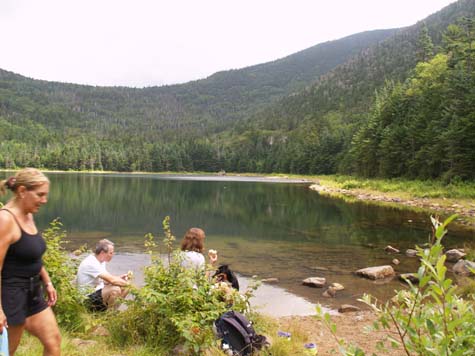 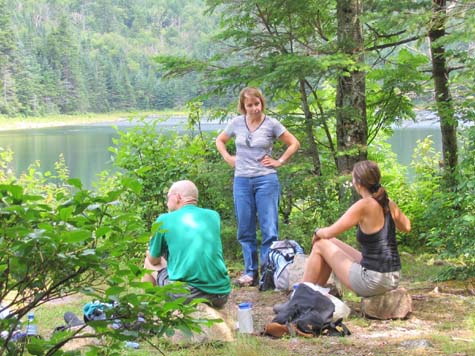