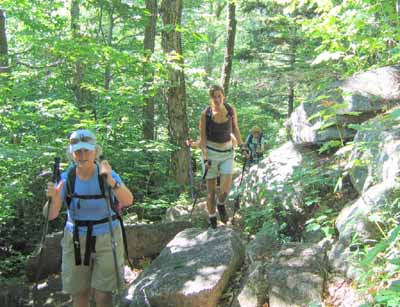 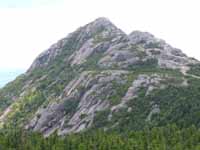 Sue took us on a spectacular hike on Saturday, here is her report:

What a beautiful day for a hike! There were 8 hikers and 2 dogs who happily headed up the Piper Trail at about 9:15. All of us chatting about the "perfect day for a hike!" At 1.2 miles we turned right and picked up the Nickerson Ledge Trail where we climbed 0.2 mile to the Nickerson ledge. It was there that Claudette announced the first (of several) "snack" breaks. We enjoyed the reprieve from climbing the steadily steep Nickerson Ledge Trail. 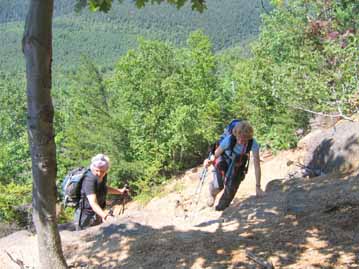 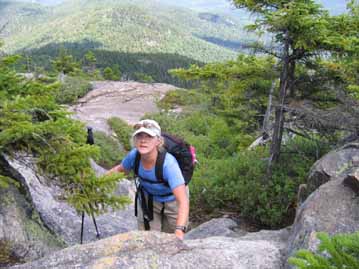 The troupe then continued on toward the ridge and Middle Sister Trail. When we reached the ledgy steep slope of Third Sister, Sure-footed Jack and Mountain-goat Diane were already there to help us with our footing and give encouragement to Midas (dog!) who was having a hard time on the steep ledges. We successfully crossed the ledgy summit of Third Sister after another brief snack break called by... Claudette, of course! 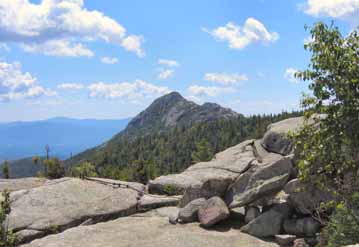 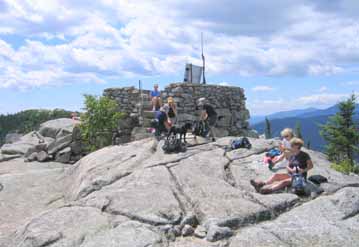 The summit of Middle Sister has the remains of some sort of structure and was a perfect place for... another break! This was a beautiful spot with 360-degree views. We finished our lunches and Claudette even got in a short nap on one of the rocks. We continued on down a small col and back up to First Sister and the junction of the Piper Trail. No one seemed too enthused about doing a quick run up Chocorua which was a mere .6 miles from the junction so we continued down the 2.8 miles of the Piper trail to the parking lot. It was a wonderful hike and all agreed a "repeater". 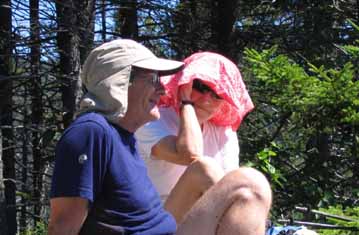 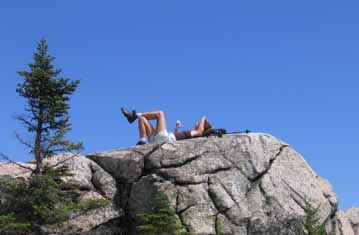